Prior to joining MAG, Charlie was Managing Director of Utility Solutions, the commercial business of United Utilities (UU) with operations in the UK, the Middle East, Australia, Bulgaria, Poland, Estonia and the Philippines and was a Director of UU PLC. Previously he worked for a number of manufacturing and service companies including Plessey Telecommunications, British Aerospace and ABF.

He spent six years with Ryanair Holdings plc, joining initially as Head of Revenue Management and latterly as Director of New Route Development.

Jan Bramall joined MAG in 2018 as Group Finance Director, prior to taking on the role as Chief Financial Officer in December 2020.

Tim Hawkins leads the Group’s strategy, public affairs, external communications and CSR teams. He has been with MAG since 2013.

Prior to that, Tim was a part of London Stansted Airport’s senior leadership team with responsibility for economic regulation and long term planning. Tim led the airport’s engagement with the CAA during the regulatory review which led to Stansted being de-regulated.

Before joining Stansted in 2011, Tim held a number of positions with BAA, working on a wide range of regulatory, competition and policy issues.

Jenny Cochrane was appointed General Counsel and Company Secretary in April 2020. Jenny has been with MAG since 2013 having previously held the position of Legal Director with responsibility for the legal function across the Group. Prior to joining MAG Jenny worked in private practice and specialised in corporate finance. 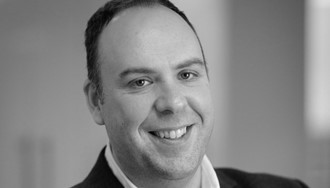 Nicholas Woods joined MAG in 2016 to lead Technology for the £1bn Manchester Transformation Programme. He was promoted to Chief Technology Officer in 2017 and was subsequently appointed CIO in September 2018.

Prior to joining MAG, Nicholas worked in consulting for Accenture, where he specialised in the delivery of complex systems integration and transformation programmes. He studied Computer Science and Management Science at the University of Edinburgh. 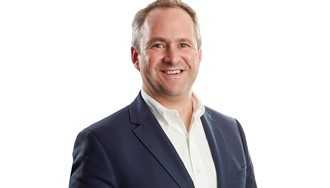 Martin Jones serves as CEO of MAG USA overseeing the development of  MAG's North American airport and travel services business based in Chicago.

During his time at MAG USA, Martin has led the opening of multiple Escape Lounges, and the acquisition of Airport Parking Reservations, ParkSleepFly.com, ShuttleFinder.com and AirportParking.com.

Martin joined MAG USA following his role as Commercial Director and Deputy CEO for Manchester Airport Group (MAG) at London Stansted Airport.  Prior to this Martin was Group Retail Director for MAG.

Before joining MAG, Martin was UK Sales Director for Vodafone UK leading all of their physical and digital sales channels for the Consumer Division and also spend 15 years at Marks and Spencer doing various roles.  His final role there was as CEO of Marks and Spencer Reliance India based in Delhi.